The Fallas Festival will start in

The two “Falleras Mayores de Valencia” (one adult and one child) are the queens of the fiesta, the official representatives of the entire Fallas organisation.

Most Valencian girls, both young and old, aspire to this title.

In fact, their election comes after a complex process: in the first “pre-selection” stage, each Fallas Committee presents a candidate and a jury chooses the finalists. These go on to a second stage, where a new jury directly chooses thirteen candidates. A third jury, appointed directly by the Fallas’ presidents, is responsible for choosing, from these thirteen, Valencia’s “Fallera Mayor”. The other twelve automatically make up her Court of Honour.

The same process is repeated for the children. In this case, the girl that is finally selected bears the title of “Fallera Mayor Infantil de Valencia”.

Nowadays, the figure of the “Falleras Mayores de Valencia” has reached a considerable level of importance in the city’s life, not just in the realm of the festival, but even socially, and they frequently appear at the most significant events that take place in the city throughout the year.

Fallas Queen Rocío Gil and its Court of Honour 2018 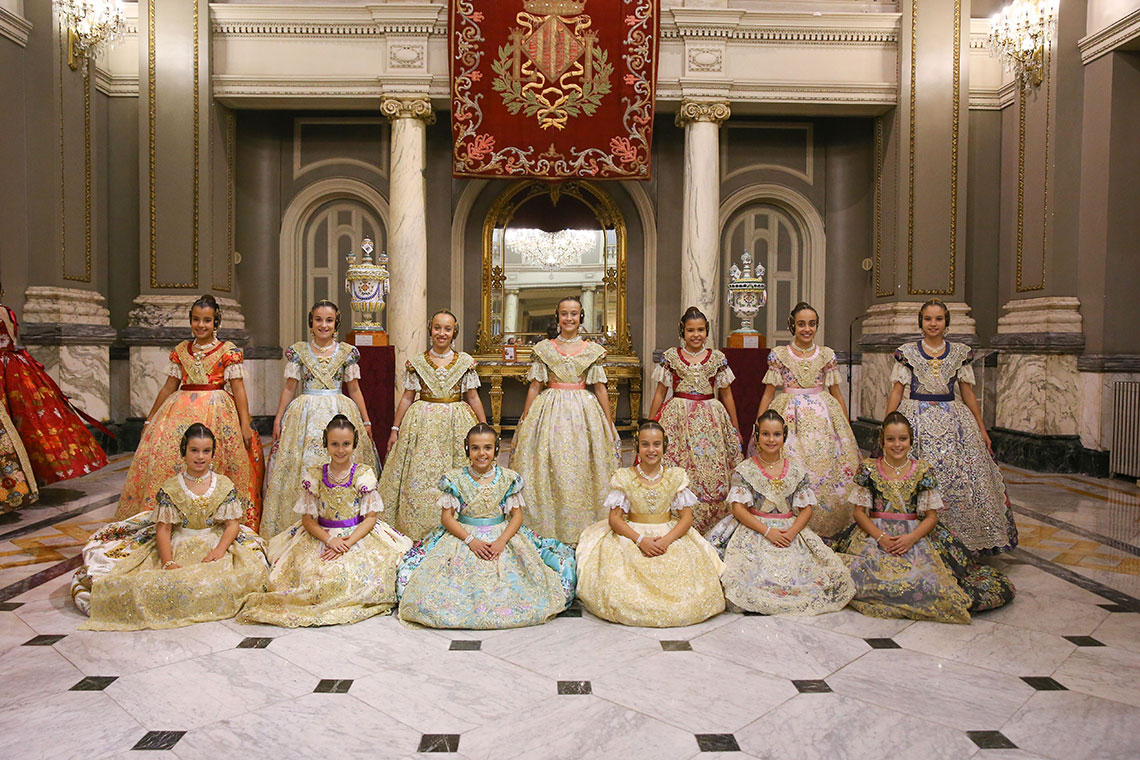 Fallas Children Queen Daniela Gómez and its Court of Honour 2018